putzing around in what I use to do

I have a genuine desire to get ideas out there, for some reason that escapes me I get really really creative in cold weather. I'm middle aged enough and confused enough to not understand substack and I don't want to monetize things. way long ago when I was voraciously reading Kerouac I just wanted to share ideas and stories. this is before anxiety and depression choked that ambition out of me, I'm medicated and healthy enough to want to continue to re-attempt. 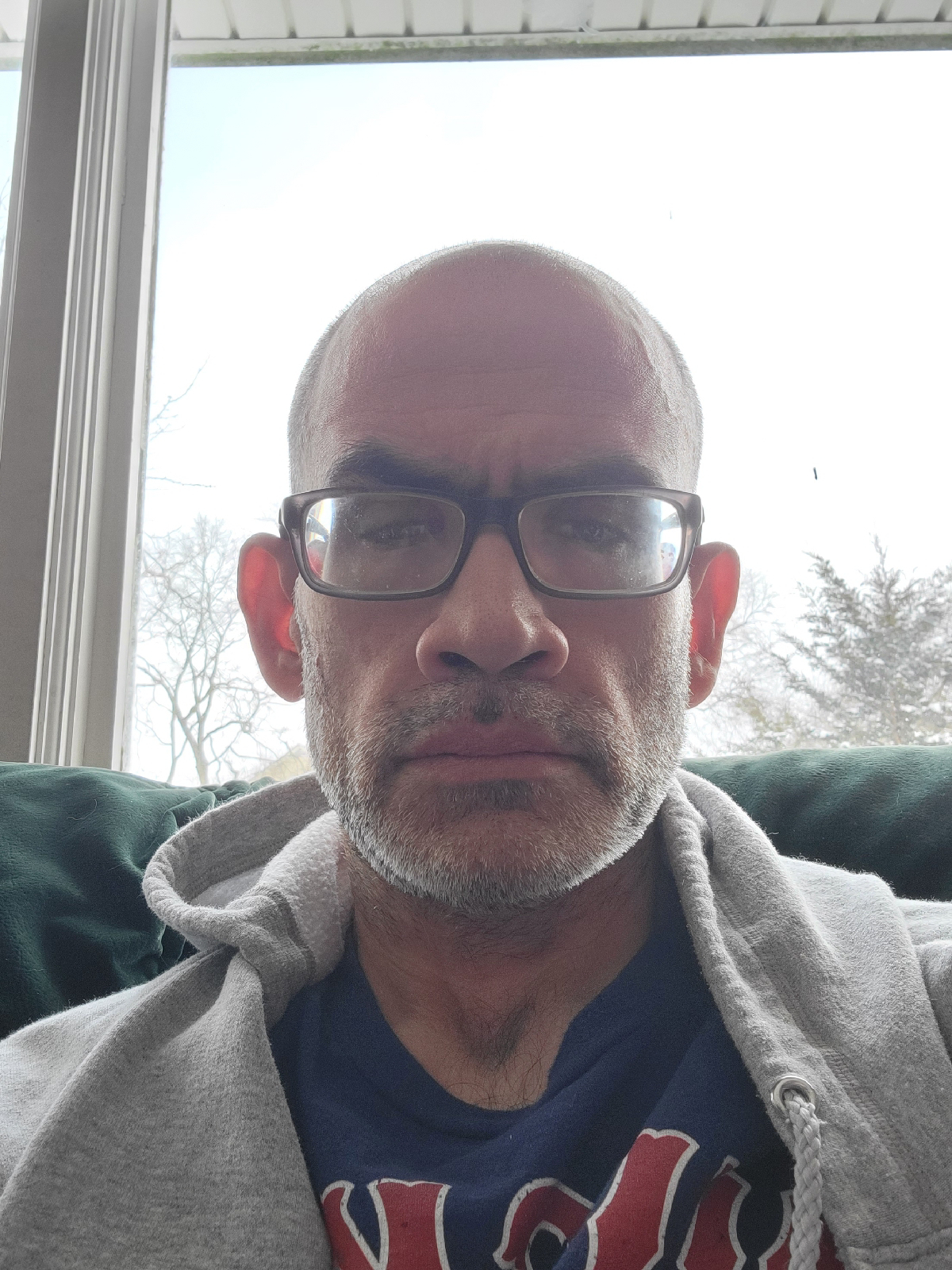 like most situations I just genuinely assume that my words (vocal or written) will
find an audience and if not then the words will sink into obscurity.
Posted by cubanrick at 11:26 AM No comments:

I'd like to start out slowly and eventually spew out my ideas and thoughts over time because according to what Alexa just answered I haven't done this "blog" in 2,273 days or 6 years and 2 months ago.
I'm still an insecure person with MS, I won't fill up space today with the obvious things so I'll try this from another angle.
I'm now a  homeowner  meaning I busy myself with work around the house that in most cases isn't exactly necessary  (pruning trees and such) since I don't work out of the house because of disability whenever I'm not trying out busy work in the yard (like 99% of the time) I'm watching TV, much like the lack of posts I tend not to read to much because my attention tends to flutter around a lot like a feather during a storm.
I can't exactly recall the DMD I was on in 2015 but if I didn't mention it I'm currently taking the generic version of Tecfidera (Dimethyl Fumarate) like any DMD it is what it is  (essentially a crap shoot that you pin your hopes to).
I'm also an uncle again twice over,  my brother and his wife welcomed twins in  2017. Me myself I've discovered over time that I do NOT like responsibility let alone being responsible for another life, don't get me wrong  I think breeders are cool it just ain't my bag, hell I feel bad enough when I yell at one of my cats if they're meowing incessantly to enter into a locked room.
soo I'm ✌ peacing out for now and I  honestly want to make this a habit again because...... like I used to do in the 90s (sooooooooooo fucking long ago)  I would constantly scribble in notebooks 📓 and I also wrote a short story or 5 lol I've had this idea ruminating in my head for literally the time since the last blog post and if I wait ANY longer it'll change AGAIN and become just that much more complicated.  much like the stories from the 90s it serves as an outlet a catharsis and hopefully I can get the ball  rollong
Posted by cubanrick at 2:36 PM No comments:

soooo as I was saying


To paraphrase Mark Twain, Rumors of my blogs death have been greatly exaggerated, even though technically this was never a job it had lost its fun but I kind of missed it in a way. During my intelligent time (the times just before I get in the shower, the times that I sit there on the throne waiting for my body to do it's thing)  the most coherent thoughts and ideas bounce around in my head and it was time to voice my opinion again but this time I'm not going to feel guilty for voicing my opinion.

sooo it's been a year and the most significant thing (MS wise) that has happened to me is I have been on Tysabri for 5 years (60 infusions). I feel good or as good as I can - the Tysabri does right by me and I can't complain. I'll do my best to write

Posted by cubanrick at 7:52 PM No comments:

I often find myself repeating the same problems over and over again, ya see I do have good ideas swimming around in my head (as Swiss cheesed as it might be) I don't mean to repeat myself a lot but my biggest problem in life in general as well as this blog. I mentally stutter a lot I know it comes with the territory but I always double back on my thoughts and ideas because I doubt myself... then some time will pass and I think  "wow I haven't blogged in a few months" then again I double back, 'Na what do I have to write about?' or I think to myself if I read one more time that drug X is doing so and so I'm going to throw my laptop (going back to the whole  too much info thing from last post) then before I know it its been a year or more and I start to feel guilty, Oh don't get me wrong I long ago abandoned the fact that I'm not an advocate mainly because I don't feel like leader of anything, but sometimes I guess I could be 'observed' if that makes any sense.
Tysabri wise I'm feeling safe and sturdy, my last MRI was a few months ago and it didn't show any new growth.
Posted by cubanrick at 3:46 PM No comments:

I really haven't given up on the blogging process the only excuse - only reasonable excuse is burn out, physical and information burn out and what I mean about information burn out is the dozens of MS sources that I have throwing information at me, information is good but if you take in so much it can fry your brain. Blogging has been fun but I built it up too much in my brain and since I fell off the radar I've been enjoying my anonymity too much pressure  I haven't fully disappeared I have been enjoying tumblr which is a micro-blogging site
I have also been into Munny﻿ figures, I try to use a work area that I set up for myself in the garage however that usually doesn't work because the garage gets kind of hot and I can't do much
﻿
Posted by cubanrick at 3:36 PM No comments:

gearing up for Movember, need feedback

Ok so I know that I'm a very absent minded blog keeper but as you know (or as I write here every few months) I am looking to change that. One of the things that I truly hate about having Multiple Sclerosis is that I am VERY easily distracted because of my lack of focus, that little sticking point just blends itself into other areas of my MS laziness (a blend of lack of motivation/zero energy/mood- anger) oh the joys of our illness. Sorry I had to have a little whine- my writing style is anything but perfect or normal, as you know or are about to find out- I am trying to impart my knowledge and yell a lot in the process. I am taking part in Movember  which is a light hearted yet hirsute challenge for men to grow a mustache while fundraising for men's health issues which include prostate and testicular cancer as well as mental health issues. I want to participate in order to shine a light on the issue of men and MS - Multiple Sclerosis is two to three times more common in females than males. So I am going to forth with a "lip broom" and talk about some health in the process, I still don't know how often I'll update (daily versus 2-3 day intervals)
Posted by cubanrick at 2:40 PM 1 comment:

3 year and seven month check in

ok so its been a while and I haven't been posting for good reason, a while ago I started letting my low self esteem dictate the tone of the blog, and that was contrary to what I initially was intending to do. I had some type of delusion of being a "go to guy" of being an advocate. Like many MSers who take an interest in documenting my ordeals I thought that I could start to pass on a wealth of knowledge .. and so on and so forth. My only setback there is MY MS brain likes to forget ... a lot. As I've stated in previous posts I have a habit of jumbling my words and thoughts.

While I believe I'm rebounding in the self worth and attitude portion of my life so I'll do my best to come back, it may be full of self deprecation and it may be sporadic but I believe that I should keep trying. I may not be a fountain of knowledge but my little point of view is still worth sharing.

Posted by cubanrick at 2:24 PM No comments: